Electro-Matic Integrated is pleased to be distributing the TE Connectivity Entrelec brand of terminal blocks in Michigan, Indiana, Ohio and Western Pennsylvania.

The Entrelec line of din-rail mount terminal blocks and accessories was acquired by TE Connectivity from ABB in August of 2018. Entrelec has been associated with quality and innovation for control and signaling and industrial automation connections.

Here are some Entrelec product offerings Electro-Matic will be stocking:

Request Assistance from Our
Product Specialists 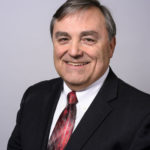